A correspondent asked me if I would scan the famous medieval song and canon, Sumer is icumen in. As a musical composition the song is extraordinary for being a 4 part cannon over a 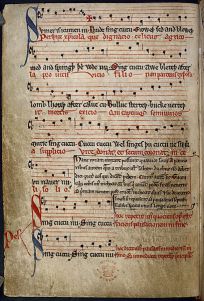 two part base line that is itself a two part cannon—a contrapuntal tour-de-force, worthy of Bach, well in advance of any other known medieval song. The song dates from the mid 13th century. The lyrics are also a fine example of early English poetry. This was before Chaucer and before any known examples of blank verse or Iambic Pentameter. The song is also unique in being the earliest surviving song that is secular rather than sacred.

An argument I often make is that traditional poetry is the child of music and lyrics, and you can see in the song how the melody defines the meter and the refrain dictates the rhymes. I freely admit I had to research this a bit. Seeing the score helped clarify whether, for example, a word like Lhouþ was spoken as one or two syllables. I don’t read much old English but this makes me want to go back to my Chaucer (middle English).  How beautiful.

I scanned it two ways, and one could also scan it as trochaic, but I think that would be a stretch. The reason I didn’t is because all but one of the lines end on a stressed syllable. That makes a trochaic scansion unlikely. In the same sense,  one could scan all iambic pentameter lines as headless trochaic lines with a cretic final foot, but that would be defining a dog as a tale with four legs and a head. It can be done, but why?

Keep in mind that the author of the tune probably didn’t put much thought into the meter. The meter is an accident of melody. The author may have started out with the melody or they may have rewritten an older poem to fit the tune. Nobody knows. My first scansion treats the meter is being essentially headless Iambic Trimeter (click on the image to enlarge): The second scansion, which probably would get you a B- rather than an A, would be to treat the first foot as cretic (stress-unstressed-stress):

I think this latter scansion is less likely. But what does ‘likely‘ mean? Whether we treat the first syllable as headless or as the start of a cretic foot makes no difference as far as performance goes. I guess I would put it this way: Prosodists like to be able to identify a basic metrical pattern (if there is one). In this case, I suppose, it’s easier to say that the song’s basic meter is Iambic Trimeter—with variations; but the variations are so numerous as to make any regular metrical pattern arbitrary. The poem is iambic trimeter here, tetrameter there, and then dimeter. Two feminine endings are marked in green. It is what it is; and wasn’t meant to be a poem with a regular metrical pattern. So, take your pick. A headless foot implies less of a deliberate design, I suppose, than a cretic foot. And there are other ways to scan this poem, but the top scansion strikes me as the simplest.

And for a performance by the Hilliard Ensemble:

My children were playing in the background, as  I read this. 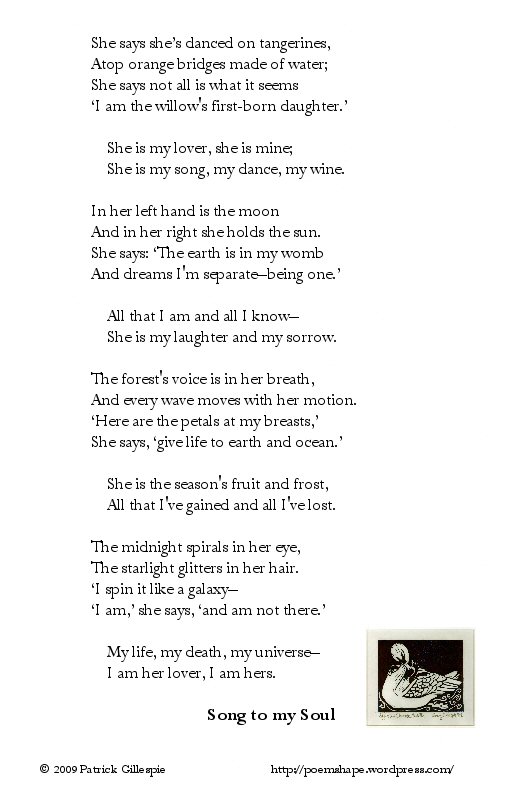 I wasn’t sure whether I would post my fables but many of them include poetry and many of them are all but prose-poems. The poems, or songs, are based on songs from Shakespeare’s plays – the structure and the rhyme scheme. I experimented in the last of the songs, using the older forms of the pronouns. I will print the three poems separately in posts that follow. I didn’t think it would make sense to post them as separate from the fable in which they were created. 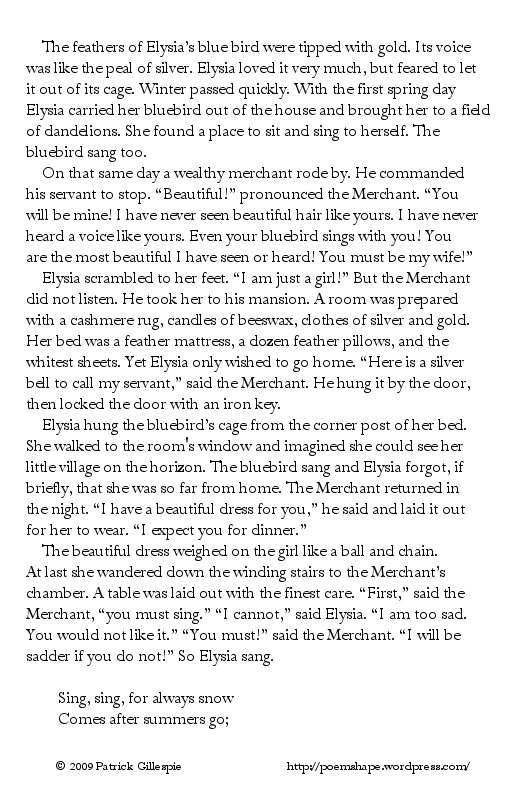 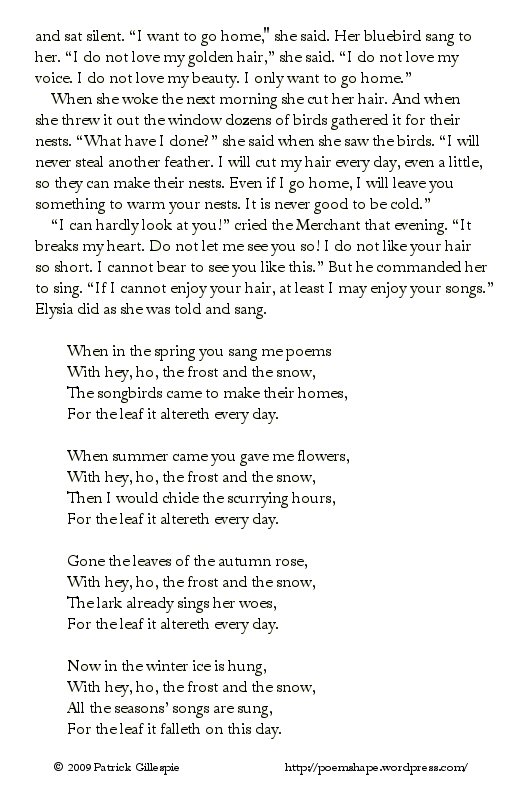 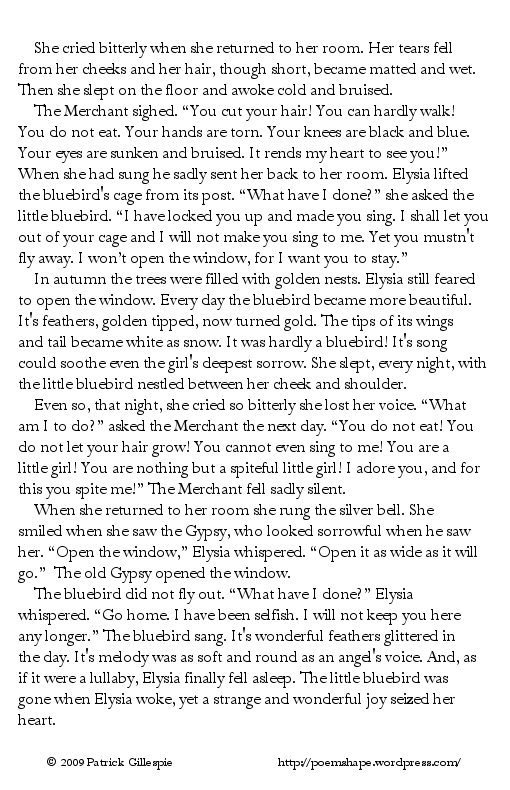 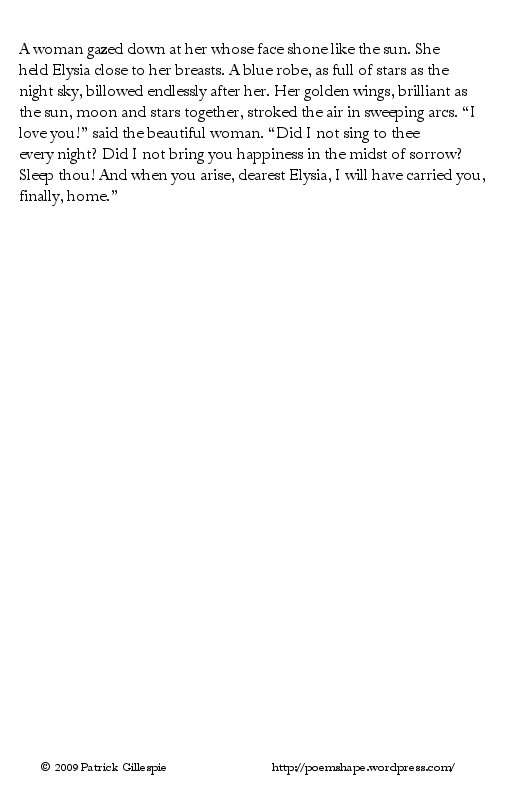 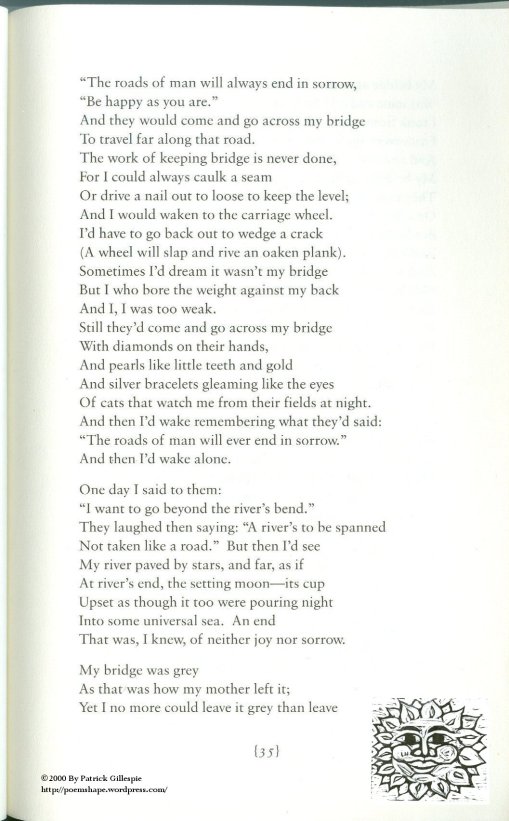 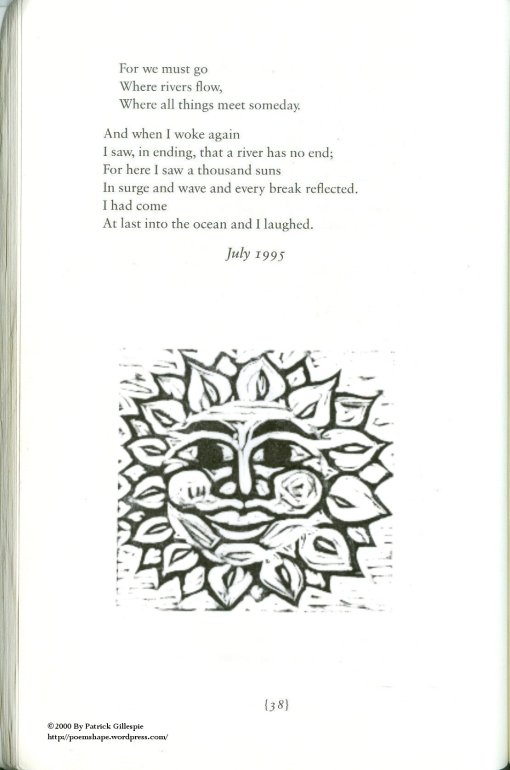