Theodore Roethke lived from 1908 to 1963. He died the same year as Robert Frost, though much younger when he died – only 55.

Though he won the Pulitzer Prize for his book, the Waking, his reputation these days remains overshadowed. Two good books that both offer brief biographies on  Roethke, Michael Schmidt’s the Lives of the Poets and David Perkins A History of Modern Poetry, cite Roethke’s inability to establish his own voice as contributing to his relative obscurity. His style ranges from an early rugged meter and rhyme, to a Yeatsian diction and subject matter mid-career, to a more elemental and Whitmanesque freedom of line and expression shortly before his death (though he never wholly abjures form in poetry). Schmidt writes: “His dependence on other poets for structure, mythology, and actual style shakes our trust in the poet; but no one can deny the original power of the poems that seek to make him whole.”  On the other hand, what Roethke generally did not adopt, unlike some of his contemporaries and successors, was the “abandoning of traditional forms and the contingent world in favor of the seductions of the unconscious and of dream.” Reothke’s best poems are strongly grounded in the real, present and natural world.

My Papa’s Waltz may be one of Roethke’s best known poems. It’s written in an Iambic Trimeter that Roethke skillfully varies according to the subject matter of the poem – a counterpoint unavailable to free verse poetry.

I’ve bracketed the first and third quatrains (or stanzas) because they offer something very deliberate. The feminine endings of dizzy and easy (slant rhymes), in the first stanza, and knuckle and buckle, in the third, masterfully reproduce the halting and drunken rhythm of his father’s waltzing. (Without being limping iambs, the lines create a similar feel.) The words themselves both reinforce and are reinforced by the meter – dizzy in the first stanza; the painful interruptions of knuckle and buckle in the second.

The other reason for bracketing both stanzas is that they are both strictly about Roethke’s dance with his father.

Another metrical touch is the trochaic foot in the second line of the second stanza:

The trochaic foot skillfully emphasizes the disruption of the pans as they slid from the kitchen selves. This isn’t an easy waltz, things are backwards and upside down. The trochee in the second line is echoed by the near-spondee of the stanza’s fourth line:

As with his mother’s countenance, the meter too is disturbed.

Before the boy is whisked off to bed, the metrical pattern of the poem is disrupted one last time:

The second foot of could be read as an out and out spondee: 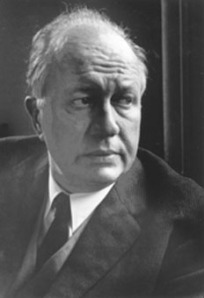 In either case, the meter disturbingly echoes the slap of his father’s palm on the boy’s head, disrupting the meter of the poem, the waltz, and any joy the boy takes in the father’s drunken attention. The only real anapestic variant in the poem occurs in the second line of the poem’s final stanza – with a palm. Though I shy away from giving poets too much credit for qualities (such as vowel & consonant sounds) inherent in the English language, I think that Roethke’s anapest, in this stanza, was deliberate. He could have written – With palms|cracked hard| by dirt. I think the line would have worked that way. My reading is that the anapest nicely reproduces the hard, swinging whack of the father’s palm on the boy’s head.

And yet, through all these things, the boy still “clings” to his father’s shirt when he is waltzed off to bed. Even the rough attention of a drunken father is a “love” that the boy clings t. This is perhaps the most poignant, to me, conclusion of the poem. Despite the hard and painful dance of his father’s waltz, it’s not a dance that the boy wants to surrender.

Be sure and let me know if you enjoy these readings.