I’m not sure my photographs are all that interesting today. I tried to find new neighborhoods to walk in, but no matter how hard I tried, I couldn’t quite get lost. 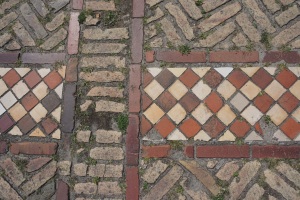 Something that I liked to do last year was to take pictures of whatever was underfoot. While others were taking pictures of monuments, landmarks and works of art, I was taking pictures of the sidewalk. When I was touring of one of Frederick the Great’s outlying retreats in the neighborhood of Potsdam, and others were asking about the fine china and the works of art, I wanted to know if the wide pine floorboards were original. Builder that I’ve been, I wanted to know if I was standing on the same wood floor as Frederick the Great.

Apart from restaurants and cafés, unlike the US, businesses are mostly closed on Sunday. I went out shortly after the church bells were rung marking the end of Sunday services. Berlins sandy playgrounds, those close by churches, were filled with children dressed for contemplation. Girls took to swings with ribbons, pigtails, braids and sundresses rippling after and before them—or they chased each other around. 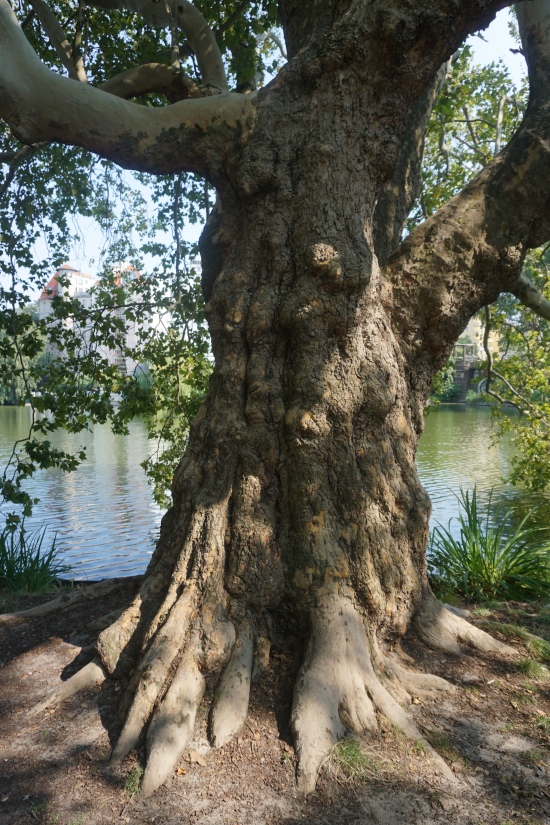 I had a scoop of oat milk vanilla and oat milk chocolate ice cream in the afternoon. 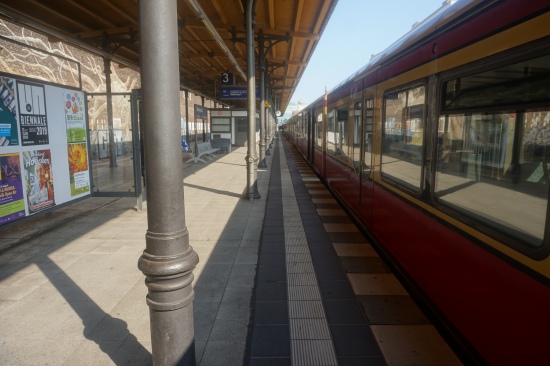 I’ll be flying home to Vermont on Thursday and am looking forward to fresh apple cider, the scent of newly stacked firewood and cool Autumn nights.