The Poet’s Almanac: 365 Days of Poetry

Ask the average person what separates Poetry from Prose and many readers might still answer that a poem rhymes and prose doesn’t. The rhyme may well be the feature with longest and most consistent history in the poetry of all cultures.

The earliest evidence of rhyming is commonly ascribed to China’s Book of Songs – compiled in 600 BC. The Book of Songs represents China’s earliest collection of poetry – believed to span some 600 years. The earliest poems may date as far back as 1200 BCE. While fully half of the poems may be lyrics or songs, more interesting are those which may not be. When did poetry make the transition from being ‘words to music’? When did the human ear decide that the music of language was beautiful in and of itself? China’s Book of Songs may quietly suggest the transition.

Plop fall the plums; but there are still seven.
Let any gentleman that would court me
Come while it is lucky!

Plop fall the plums; there are still three.
Let any gentleman that would court me
Come before it is too late!

Plop fall the plums; in shallow baskets we lay them.
Any gentleman who would court me
Had better speak while there is time.

How long has it been since the girl offered her love? Meter is nothing more than the echo of music’s time signature. Rhyme is nothing more than an echo of a melody’s refrain. Until the 2oth Century, when free verse all but quieted these echos, the music of our ancient ancestors survived in our poetry. In April of 2004 National Geographic reported the discovery of ancient Egyptian Love Poetry. The poems are likely to predate China’s Book of Songs, making them, in fact, the earliest surviving evidence of rhyme. In his book The Ancient Egyptian Culture Revealed, Moustafa Gadalla writes:

The Egyptians perceived language and music as two sides of the same coin. Spoken, written, and musical composition follow the same esact patterns. Both poetry and singing followed similar rules for musical 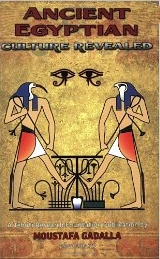 composition. Poetry is written not only with a rhyme scheme, but also with a recurring pattern of accented and unaccented syllables. Each syllable alternates between accented and unaccented, making a double/quadruple mater and several other varieties. Patterns of set rhytyhms or lengths of Ancient Egyptian poems, praises, hymns, and songs of all kinds, which are known to have been chanted or performed with some musical accompaniment were rhythmic with uniform meters and a structured rhyme. p. 155

The Harper’s Song for Inherkhawy (Excerpt)

So seize the day! hold holiday!
Be unwearied, unceasing, alive
you and your own true love;
Let not the heart be troubled during your
sojourn on Earth,
but seize the day as it passes!

China’s Book of Songs and Ancient Egypt’s Love poetry has more than rhyme and meter in common. Women’s voices sing strongly in the ancient poetry and songs of both cultures – women were as equally desirous of life and love as men and were as joyfully smitten with the beauty of language.  Writes the National Geographic:

Women’s voices were strong in Egyptian poetry—as the narrators of poems or as lovers making choices about their beloveds, for example. This strength confirms that women had a higher position in ancient Egyptian culture than in other societies at the time, Wilfong said. Women may even have written some of the poetry.