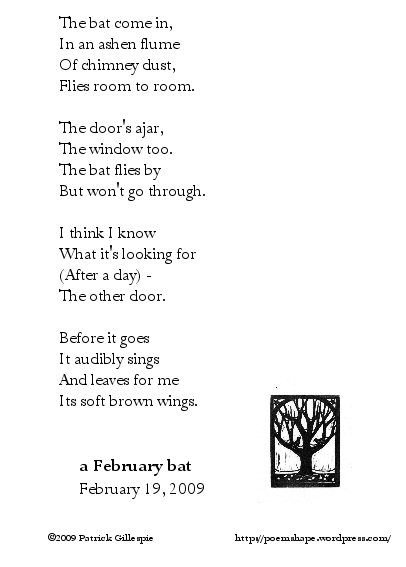 With his lungs filled by night, Ujin did not wander so much. You may ask if Ujin still loved Tien? He did. He followed her when her tribe packed their tents and rode their horses to another part of the land. It was for this reason that Ujin saw another ghostly figure follow the tribe. It was the ghost of autumn.

Ujin & the Ghost of Autumn

Tien gave birth to a son. His eyes were like his father’s, the Night Sky, yet they were filled with laughter. Tien called the child Basu. Yet when Basu was old enough to speak, terrible dreams visited him.

They woke him in the night and Tien could not comfort him. The child’s grandfather, the father of the Night Sky, called to him. Tien took Basu to bed with her and held him but the grandfather’s voice still reached the child. It stripped leaves before the season, toppled apples, bent the cattails, green, into the water, raised dust into the fields, and made the fields barren.

Then an old man came to the tents. He leaned on a hawthorn branch. His gray robes were tattered. Crows rode on his shoulders and his wisps of hair were as white as ice on blades of grass. The horses danced nervously. “Where is my grandson?” the ancient figure asked. “He is with my daughter,” said Tien’s father, who had come forward to meet him. Then the old man saw Tien and his grandson in her arms. He pointed at the child. “You will give him to me!” But Tien defied him. “He is my child,” she said. “Go home, old man!” Then the ghostly figure turned to her father. “The grass will fail. I will drive the animals beyond your huntsman’s arrow. Your people will starve. When you change your mind, you will leave the child in the fields. I will return him into the world like his father – a thing of nature.” The old man turned and left slowly by the way he had come.

Tien took Basu, her hickory bow and fled the village hoping the spirit might spare it. Strange shadows trailed her and she grew weary with fear. The voice of the spirit grew stronger as she fled. And finally, taking a branch from a fire she had built against the darkness, she held its flaming tip against the forest floor. She meant to set the forest ablaze if only to drive away the haunting shadows. Before the leaves could catch, a great paw pushed the stick aside. Ujin moaned. Tien saw it was Ujin and leapt into the bear’s giant arms. “I must leave my child in the fields!” she began but Ujin shook his head and let fall from his mouth a pine nut wrapped in willow and birch leaves.

In the morning, after Tien had come to understand Ujin’s meaning, she took Basu and went with the bear to the hill where she had first slept with the Night Sky. At its top, Ujin sat on his haunches. He peered out over the steppes without moving and when day passed into evening, Tien saw that the spirit was climbing the hill. Ujin moaned. “Will you give me the child?” the ghost asked when he stood before them. “I will leave the child in the field,” answered Tien. “He will be wrapped in birch, red maple, and yellow willow leaves.”

“Ha!” cried the old man. The crows at his shoulders cawed as he turned and left the hilltop. Then Ujin dug into the earth. When he had dug enough Tien gave him Basu. The bear cradled the child and crawled into the hole. Tien covered them over with birch, maple and the slender willow leaves before she hid herself.

When the last light left the hilltop the spirit re-appeared. He carried his hawthorn branch and walked quickly to where he thought the child lay. He struck the mound with his branch. “Go, child!” he cried. “Go to the wind, the rivers, and the fields!” The leaves stirred and flurried in all directions but it was not the child who answered the ancient spirit’s voice. Ujin towered over the ghost while Basu lay safely in his arms. Yet the spirit’s magic had worked against Ujin. His voice was gone into the winds, his strength into the rivers and his golden fur, turned white as snow, had turned the fields to yellow and gold.

Then the spirit meant to strike again but Tien’s arrow pierced his heart and then another followed. His fingers turned to twigs, his arms stretched into branches and his feet sank into the earth. The twisted and turning wood groaned until a hawthorn tree stood where the ghost had been. Where his mouth had been there was an open hollow in the trunk and the arrows still pierced it. The crows clamored in the air and returned to the tree as though called to it. Tien knew they would slowly pull the arrow out but it went deep and if they pulled it out, it would be when Basu was no longer a child – but a man.

That was Ujin’s last adventure with Tien. The bear went north. The wind, I know, still moans with Ujin’s voice and we can see that Ujin never recovered his fur from the autumn fields.

‘But tell me,’ I said to the fur trader, ‘surely the crows would have drawn out the arrows!’

‘Ah!’ he answered. ‘Every autumn, for as long as Tien lived, she returned to the Hawthorne tree to drive an arrow into it! That is the reason the crows come together every autumn — to protect their autumn trees. They think Tien will still return, for she never missed at what she aimed.’

Followed on the Sixth Day by Tsi Tung’s Story